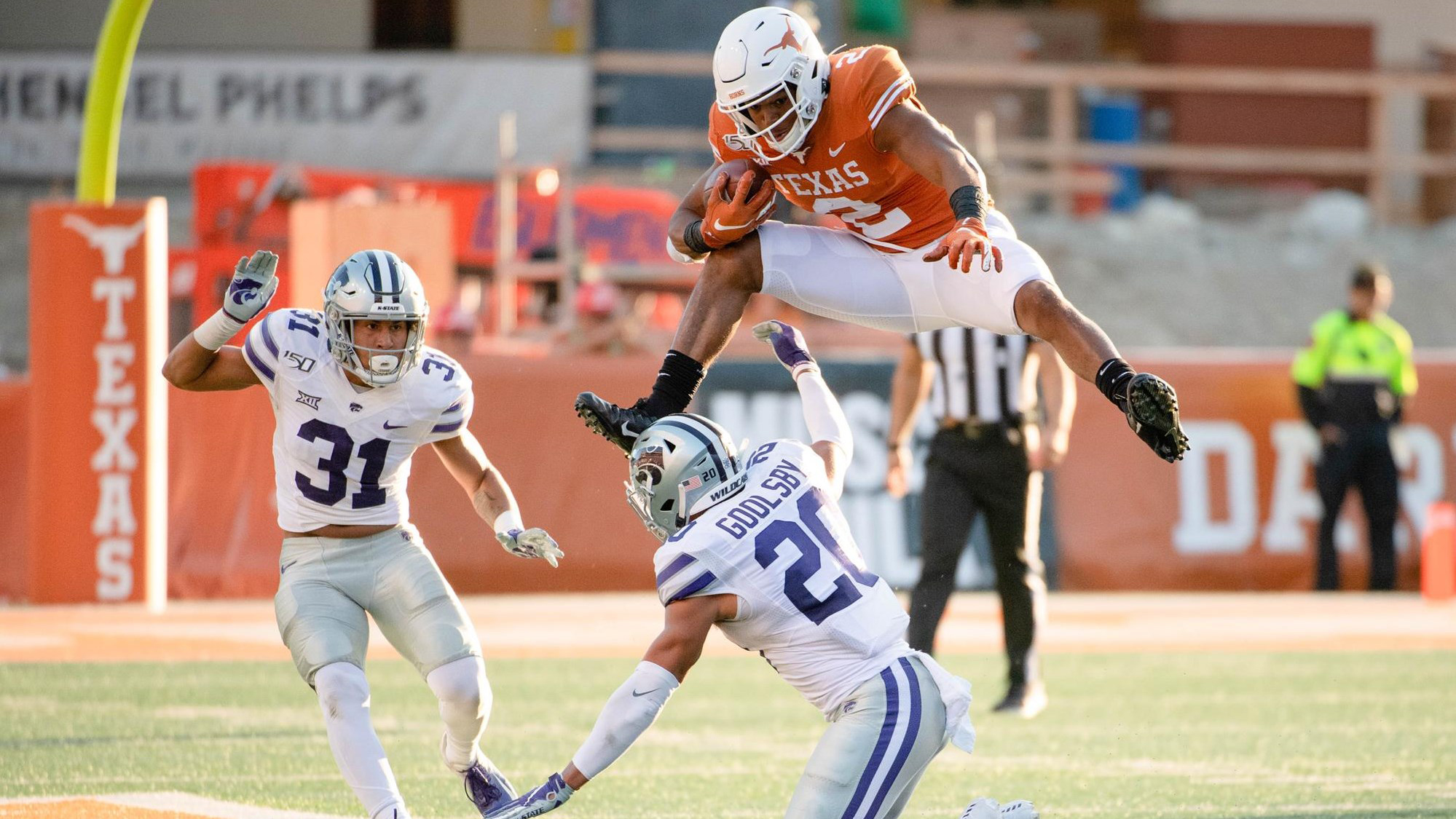 Former quarterback Roschon Johnson took off after switching positions, finishing as the Longhorns' third-leading rusher in 2019 with 649 yards and tied for the team lead with seven rushing touchdowns (photo courtesy of texassports.com).

Roschon Johnson is a talented sophomore running back from Port Neches, Texas, who helped to anchor Texas' running game in 2019 amid several injuries to the unit, including starter Keaontay Ingram. Johnson was also named an Arthur Ashe Jr. Sports Scholar last week. 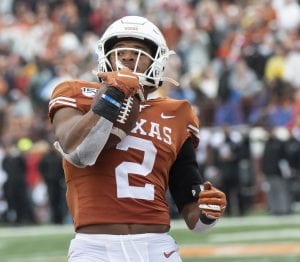 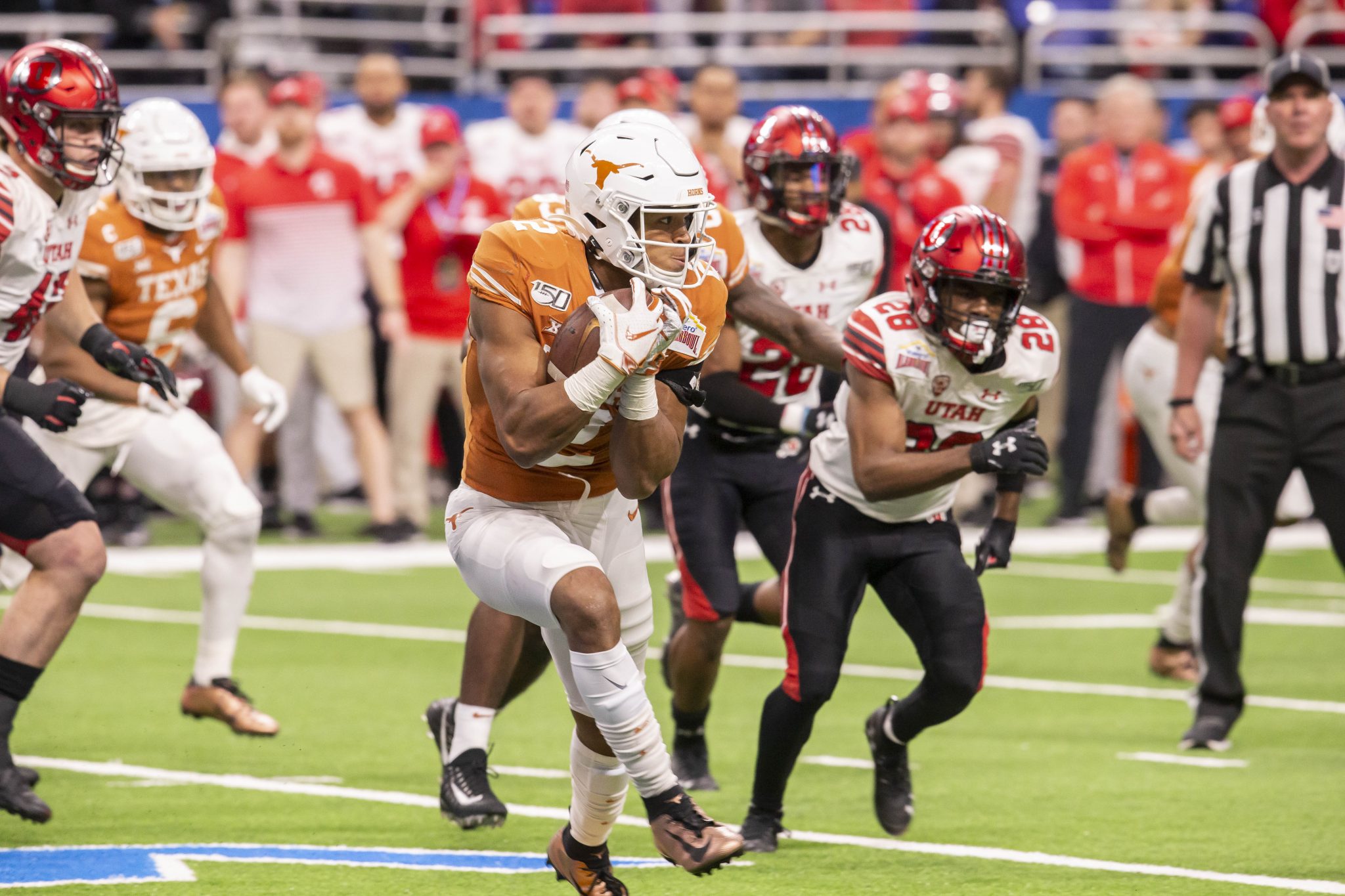 Roschon Johnson switched from quarterback to running back and ran for 643 yards in 2019 (photo courtesy of texassports.com).

“I’m kind of going along with it,” Johnson told The Austin American-Statesman in his first interview since the position change. “We’ve discussed with Coach (Tom) Herman that I’m going to switch back to quarterback after this season, but I’m just taking it day by day — just contributing to the team right now.”