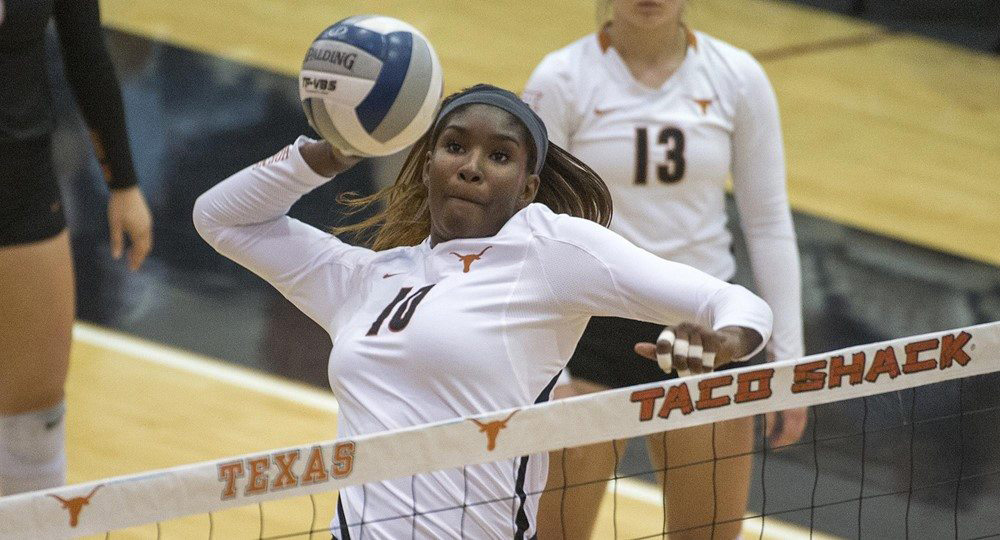 AUSTIN, Texas — A team doesn’t put up a gaudy 23-4 record, including a 15-1 mark in conference games, as the Texas volleyball team did in 2019, without talent — lots of talent.

So it’s no surprise that the Longhorns landed three players on the 2020 preseason All-Big 12 team, as middle blocker Brionne Butler and outside hitters Logan Eggleston and Skylar Fields all were first-team selections, the conference office announced Monday.

The accolades were voted on by the conference’s coaches, who were not allowed to vote for their own players. The honored Longhorns were three of the nine unanimous choices honored by the Big 12. 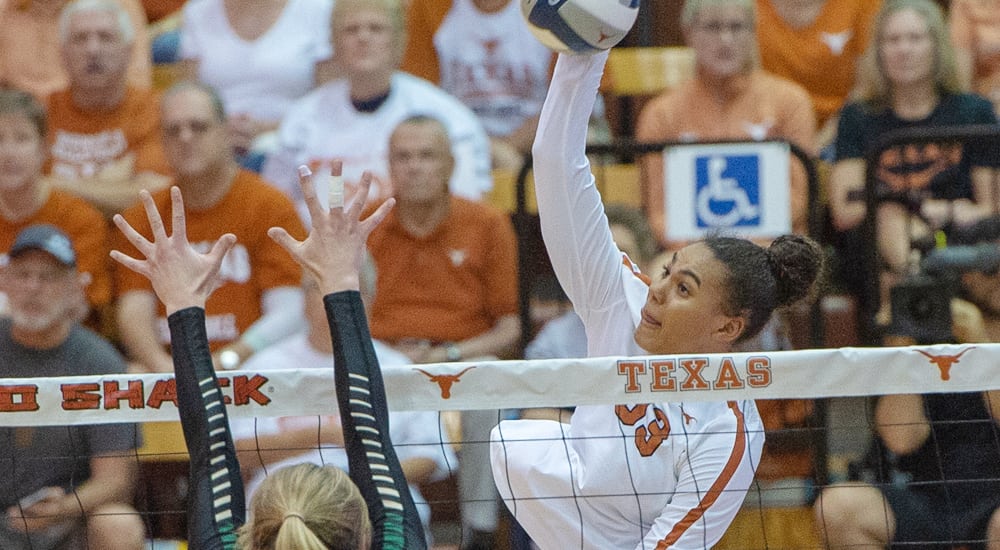 Outside hitter Logan Eggleston picked up her first career double-double to help lift the Texas volleyball team to a sweep of Iowa State (photo by Jose Mendez / Horns Illustrated). 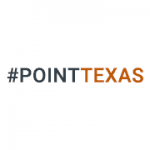 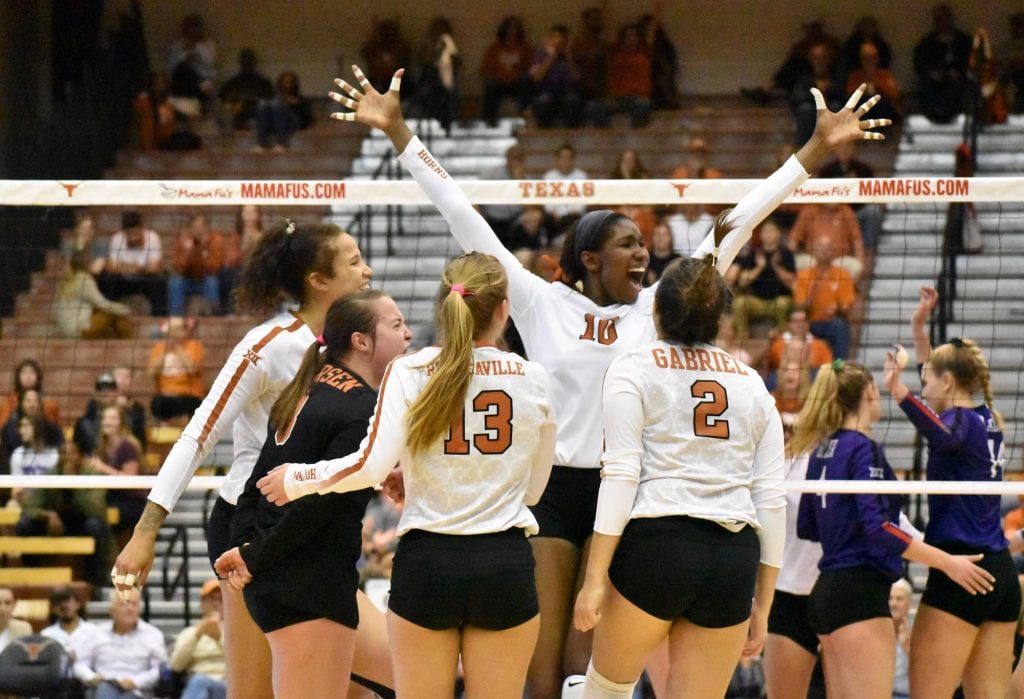 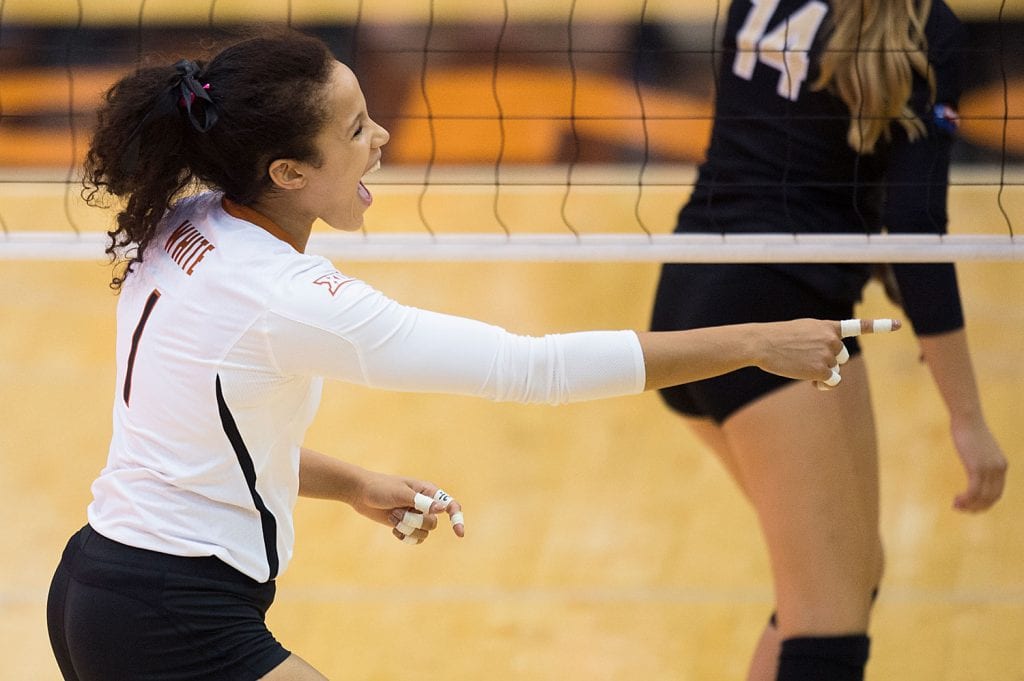