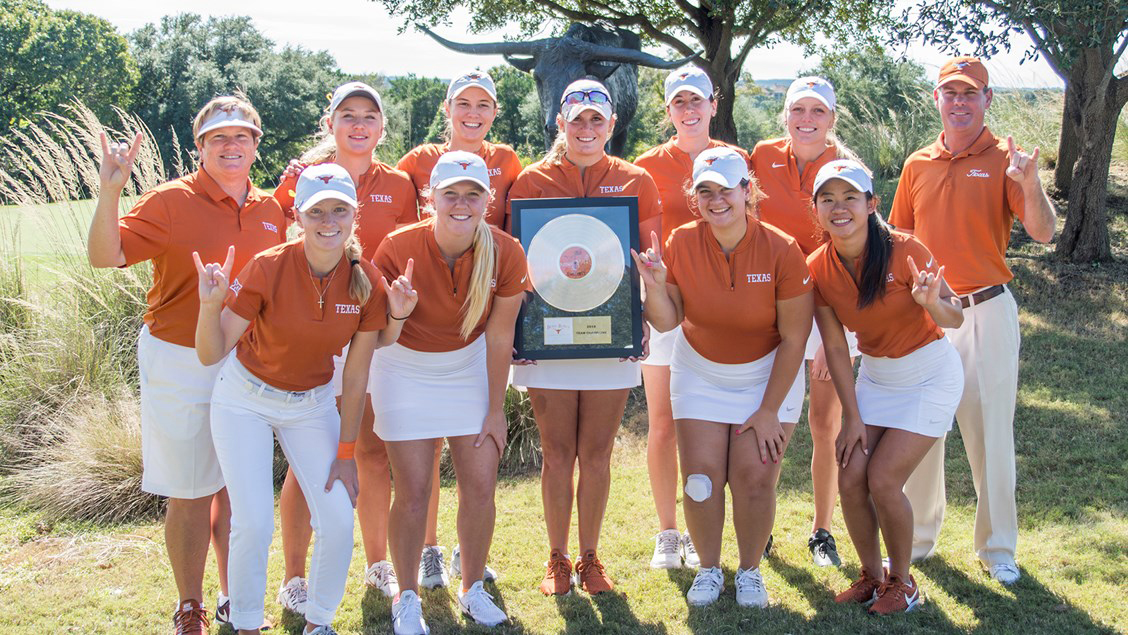 “I’m really proud of our team,” Texas head coach Ryan Murphy said. “I didn’t know what we were going to do today, but Hailee Cooper was spectacular, Kaitlyn Papp did what she always does and Emilee (Hoffman) got back in the groove. Top to bottom, everyone played great. Everyone was in it from the start of the day all the way through the end.”

Cooper has shot par or better in every one of her rounds as a collegiate player, including three rounds in the 60s, and the 207 she shot this weekend ties for the fourth-best 54-hole total in program history. She hit 18 birdies in the three rounds, more than any other player in the field.

“Hailee is fantastic in every way,” Murphy said. “She is a fantastic golfer, competitor and student. Most importantly, she is a great person — an all-around superstar.”

Cooper, understandably, was excited to claim her first individual title for the Longhorns.

“It’s so awesome,” Cooper said. “Winning a home tournament is huge. I’ve heard winning other tournaments is great, but this one is so exciting. My family and friends are here, so it’s really exciting I was hoping to maybe, one day, win a college tournament, but it’s my freshman year and this is a home tournament, so this is indescribably and so much fun.”

Papp fired 13 birdies and 35 pars, and like Cooper, she also has shot par or better in every round this season — an accomplishment made more impressive by the less-than-ideal weather conditions.

"This tournament just shows that we are really tough, and we can handle adversity, like the first round with the rain and wet course,” Papp said. “Today was a bit drier so I think we did a good job adjusting to the conditions.”Two other Longhorns finished in the top 10 individually, as sophomore Agathe Laisne carded a two-under-par 214 (68-79-67), while junior Greta Isabella Voelker dropped 15 birdies in the tournament en route to a (73-73-71) 217.

The Longhorns’ final fall tournament will be the Cabo Intercollegiate, Nov. 2-4, in Cabo San Lucas, Mexico.