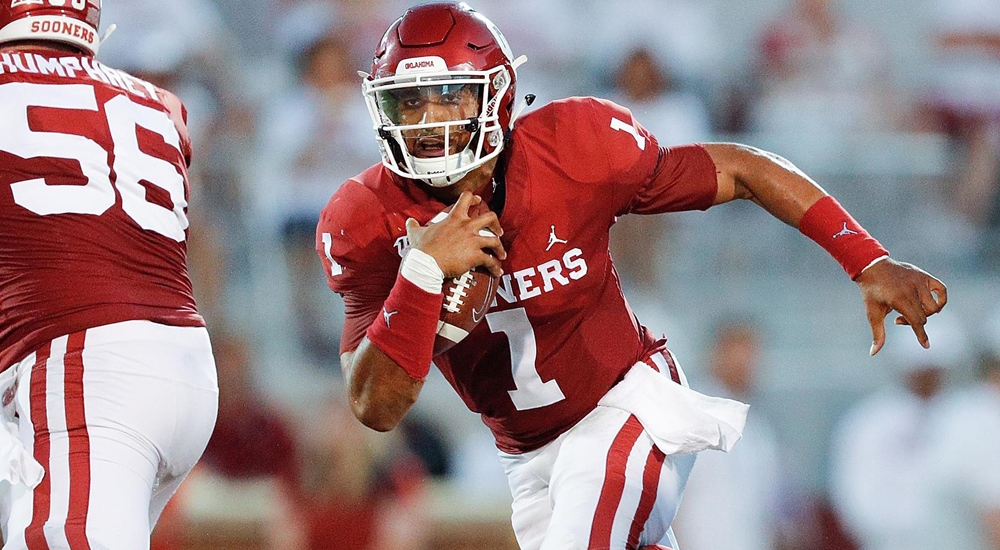 Thanks in large part to his running ability, Oklahoma's Jalen Hurts has a chance to become the third transfer quarterback in as many years to win a Heisman Trophy while playing for the Sooners (photo courtesy of soonersports.com).

AUSTIN, Texas — Texas has faced Oklahoma quarterbacks the past two years who won the Heisman Trophy and were eventually the top picks in the NFL draft. But the No. 11 Longhorns may have an even tougher challenge Saturday when they square off against the sixth-ranked Sooners in the Cotton Bowl in Dallas.