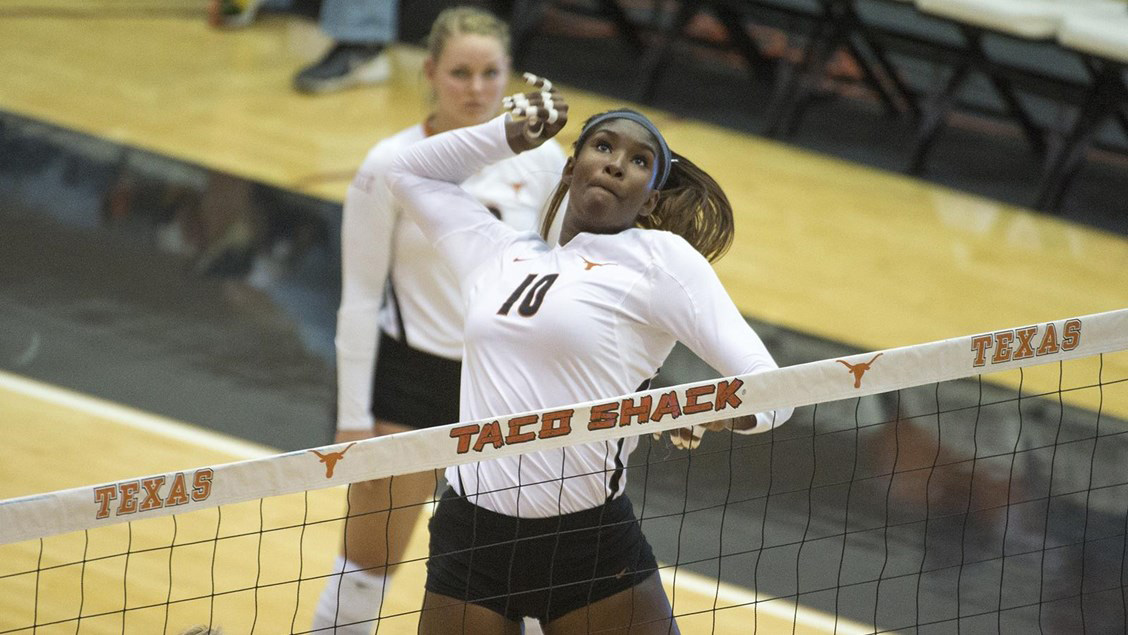 MANHATTAN, Kan. — After dropping a close first set, the No. 5 Texas volleyball team rallied for a five-set road victory over Kansas State in the Big 12 opener for each team.

With the victory, the Longhorns improved their overall season record to 6-3, and 1-0 against Big 12 opponents. K-State dropped just its second of 12 matches this season, dropping to 10-2 overall and 0-1 in Big 12 play.

Texas had three match points in the final set but also fought off a Kansas State match point before winning the match.

Freshman middle blocker Brionne Butler also proved to be a consistent weapon for the Texas offense, with 14 kills (.467), as well as four digs and seven blocks.

Freshman Logan Eggleston had 18 kills, five digs and a pair of blocks, while sophomore setter Ashley Shook quarterbacked the UT offense with 62 assists, to go along with five kills, eight digs and five blocks.

The Longhorns get the weekend off before taking on Baylor at 7 pm Sept. 26 in Gregory Gym.