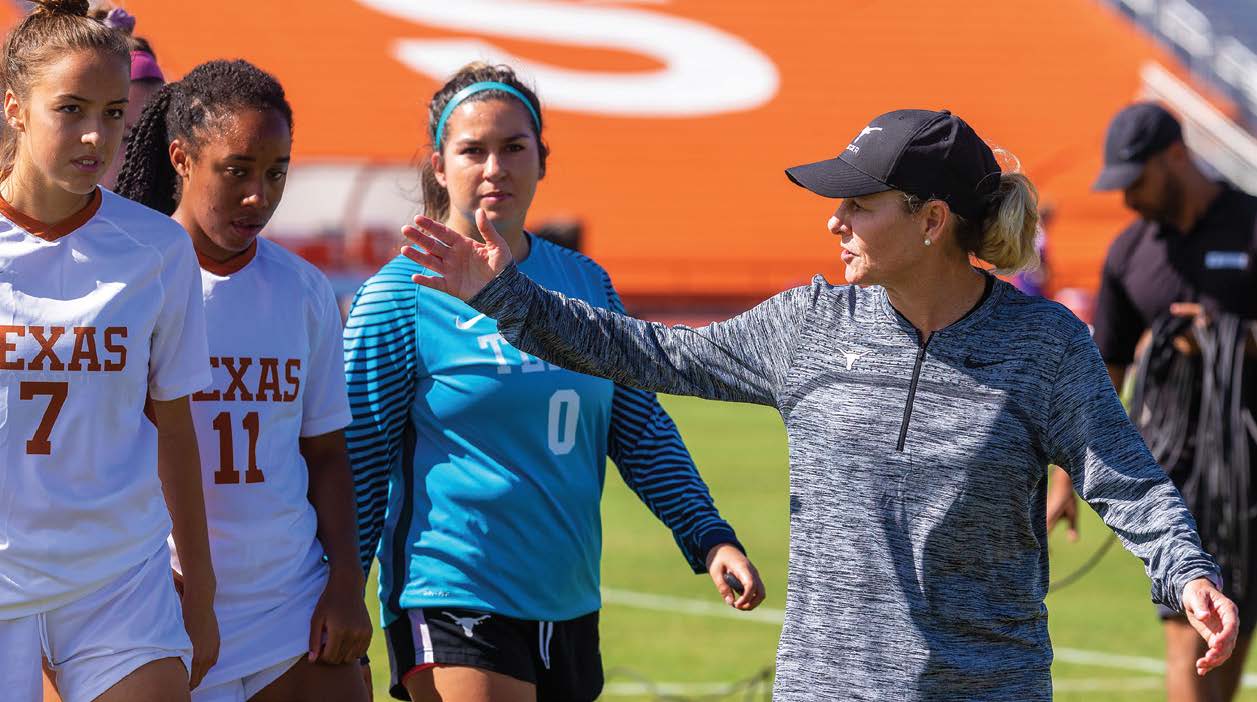 ENTERING HER EIGHTH season at the helm of the Texas soccer program, head coach Angela Kelly has built a house on a solid foundation. That sturdy foundation ranges from a staff of experienced coaches and recruiting channels that flow across Texas, to out-of-state hotbeds on both coasts, and even north of the border into Canada.