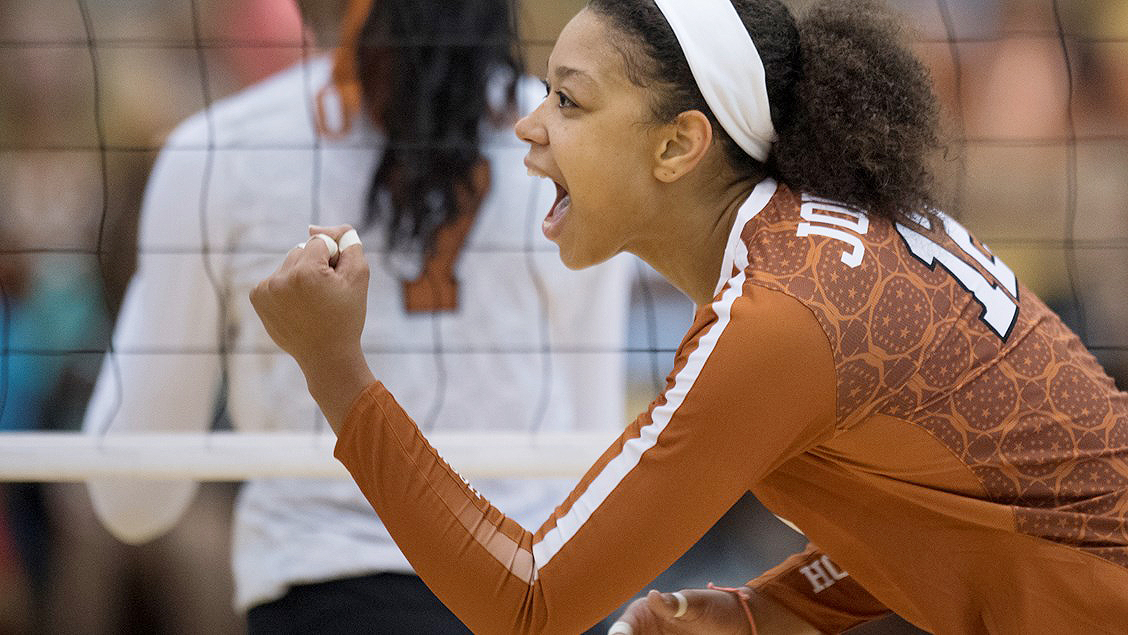 Texas dominated from start to finish, outhitting the Cyclones, .364 to .129.

After winning the first two sets, the Longhorns put the match away in the third. Thanks in large part to Eggleston, who reeled off five straight service points to push her team out to a comfortable 7-1 lead.

Texas now returns home to host Oklahoma at 3 p.m. Saturday. The Longhorns will try to complete the season sweep of the Sooners after beating OU Oct. 13 in Norman, Okla. Saturday’s match can be seen on the Longhorn Network.