It all started to click in Chengdu, China, for Texas women's basketball player Destiny Littleton and her Team USA 3x3 (three on three) teammates as soon as they hit the court to begin their run at a gold medal in the 2017 FIBA U18 3x3 World Championships.

The sport of three on three basketball had grown tremendously in popularity since FIBA began hosting an annual World Cup in 2012. The U18 tournaments were implemented a year earlier, in 2011. The fast-paced sport features teams of three players battling it out in a half-court game, in which a shot that typically counts as a three-pointer is worth two points and a regular shot from the field is worth one. The winner is the team that either scores 21 points first or has the most points after 10 minutes of play. Due to the extremely short games, every shot counts, as Littleton and her three teammates found out in the opening game against Hungary. 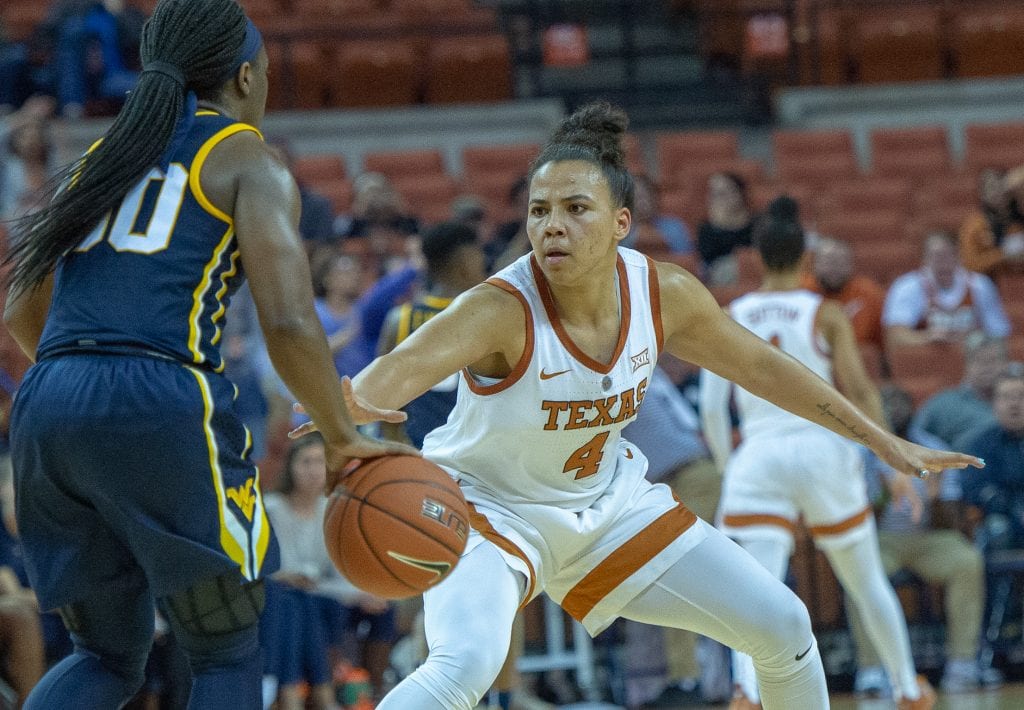 It was a defensive battle in that first contest, as the Americans trailed, 4-0, before Littleton and her Christyn Williams, formerly of Connecticut, hit back-to-back two-pointers. That provided the necessary momentum to hold off a comeback from Hungary and secure the 13-9 victory. What followed for Team USA was three more wins over Japan, Switzerland and Australia, behind strong shooting from Littleton, who secured the win over Japan with a game-winning layup with 45 seconds left on the clock.

In the quarterfinal against France, it seemed as if the Americans' winning streak might come to an end after France started hot and took an 11-9 lead with just under four minutes to play. Once again, though, Littleton came through and contributed with a key three-point play after she was fouled from behind the arc. Not only did she convert the two-point try but knocked down the free throw to put Team USA in the lead for good. The final was 18-14.

After a 7-0 run late against Russia in the semifinals, the Americans booked their tickets to the gold medal match against the Czech Republic in a 17-10 dominating victory.

Understandably, the gold medal match was going to be the toughest 10 minutes of the entire tournament for Team USA. The Czech team had offensive threats and had also gone undefeated throughout the competition. 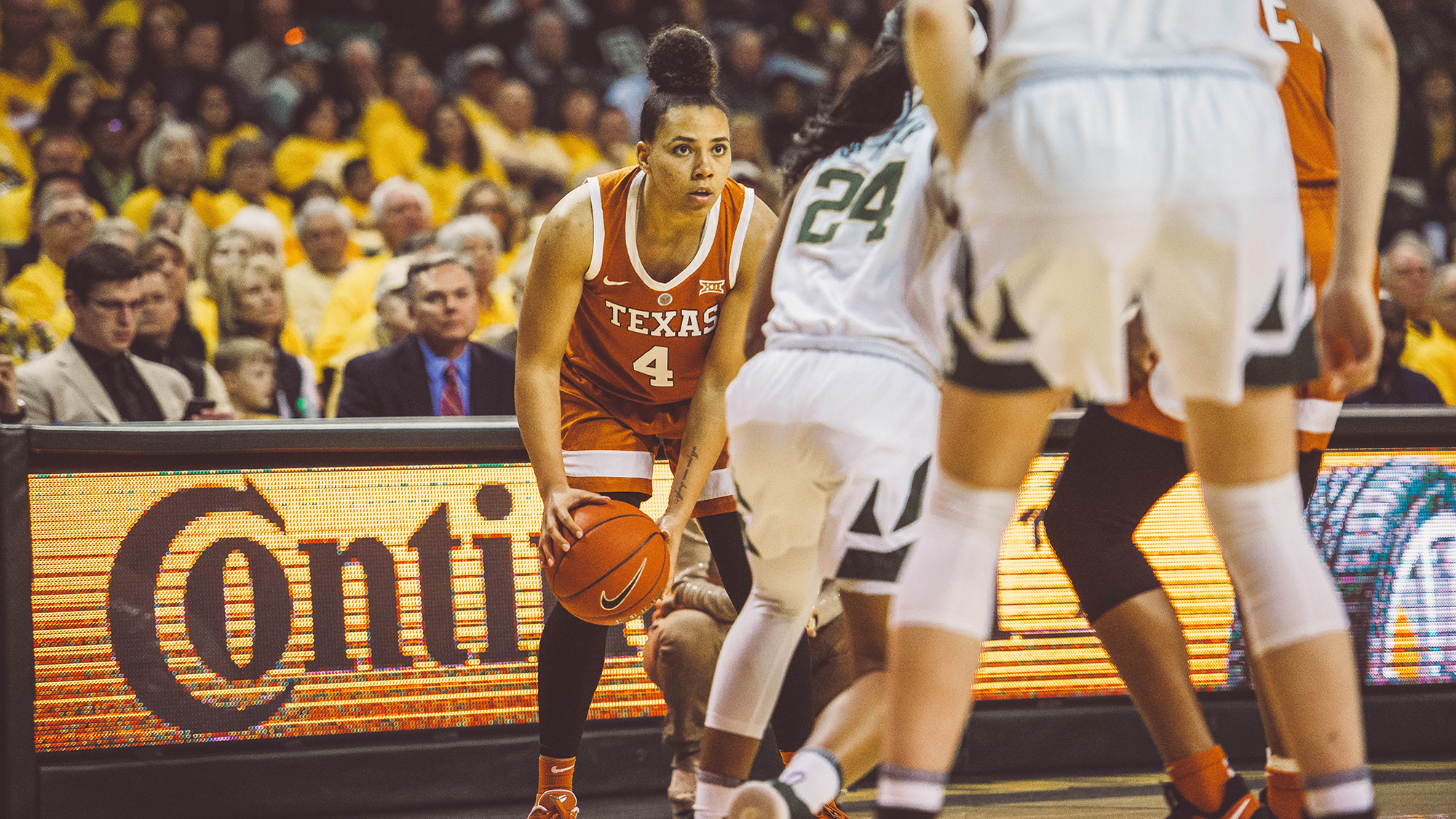 Destiny Littleton stares down a defender (photo courtesy of texassports.com).

From the outset, it was a back-and-forth battle with Team USA taking a 7-2 lead before the Czechs rallied to tie the score. However, thanks to shots by Littleton and Williams, the Americans stayed in it, and held their opponent to no points in the final two minutes of the game, as a layup by North Carolina's Janelle Bailey ended it with the score 21-14.

"When you put this jersey on and USA is across our chests, just to play for our country and win gold means everything," Littleton told Texassports.com. "The first couple of games ... we're new to this. None of my teammates have played 3x3, and it's a lot different from five-on-five. We just stuck together and fought through."

For the tournament, Littleton finished with 32 points for an average of 4.6 per game.