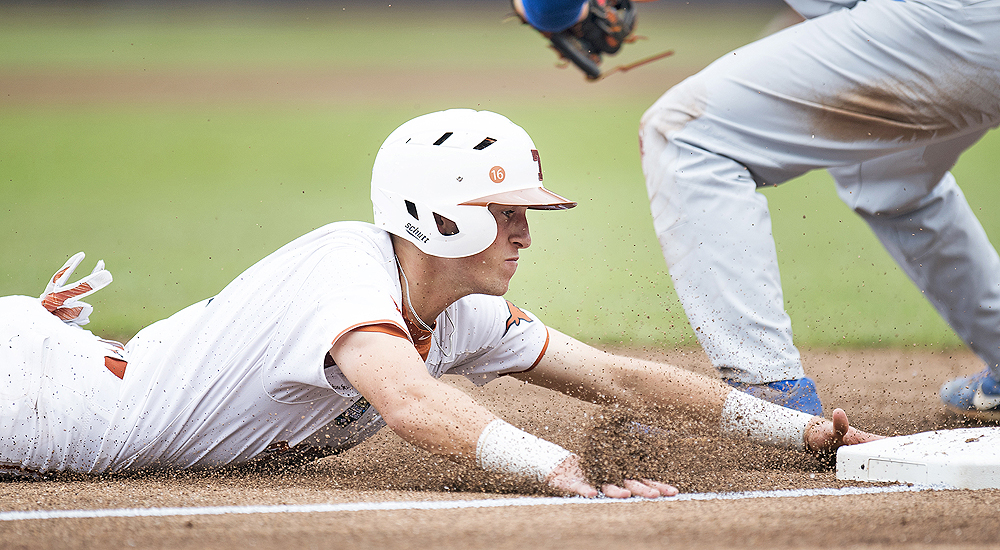 Headlining the group is Lampasas, Texas pitcher and 2020 All-Preps CenTex Male Athlete of Year Ace Whitehead, whose first name is indicative of the kind of pitcher he was in high school. Whitehead, who will be a senior this fall, went 3-1 with a 0.92 earned run average during the spring. Offensively, he hit .527 with 27 runs scored. Whitehead's arm strength has helped him be a two-sport star at Lampasas, where he also is the school's starting quarterback. In a march to the state title last fall, he threw for 4,259 yards, tossing 54 touchdowns with a mere six interceptions. Whitehead has dismissed the possibility of playing both sports at Texas, but his high school production certainly explains why the question has been raised.

Another commit in the class of 2021 is infielder Gavin Kash of Sour Lake, Texas. Kash's main draw is his bat. Hitting from the left side, his exit velocity (speed of the ball off the bat) has been recorded in the mid-90s (miles per hour) by Perfect Game. That power swing puts Kash in the 99th percentile for exit velocity.

I am extremely happy to announce that I will be furthering my academics and baseball career at The University of Texas! #40AcresFamily #HookEm @TexasBaseball @AR_Sticks pic.twitter.com/SIBVQSXSdv

Meanwhile, 2020 Texas seniors Bryce Elder and Duke Ellis accomplished the first step toward making it to professional baseball this past week when they each signed a professional contract.

Elder, a right-handed starting pitcher, was taken with the 156th overall pick in this year's Major League Baseball draft by the Atlanta Braves. According to MLB.com's Jim Callis, Elder received a hefty signing bonus of $850,000, which is $513,400 more than the value typically assigned to the 156th pick. Elder was UT's Friday night starter for the past two seasons and led the Horns in strikeouts in each of those years, fanning 86 batters on six appearances in 2019, and striking out 32 hitters in three appearances in 2020. 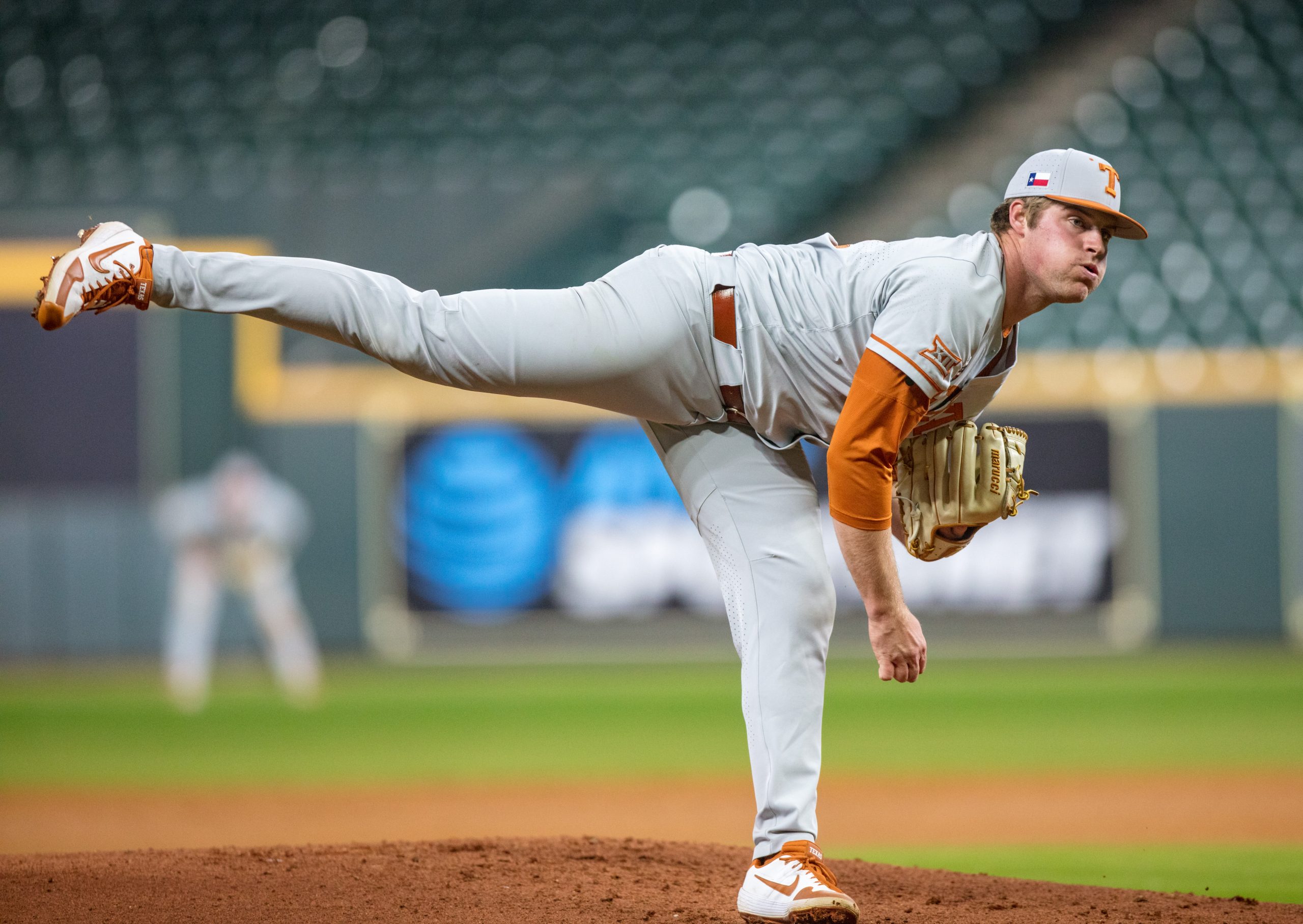 After leading the Longhorns in strikeouts in each of his last two seasons at Texas, pitcher Bryce Elder was drafted by the Atlanta Braves in the fifth round of the 2020 Major League Baseball draft (photo courtesy of texassports.com)

Ellis, who went undrafted, signed as a free agent with the Chicago White Sox. Ellis was UT's starting center fielder and a renegade on the basepaths, reaching safely on the final 32 stolen base attempts in his Texas career.

If they reach the Major Leagues, Elder and Ellis will join a long list of former Longhorns who have competed at the highest level of baseball, a group that includes players such as Roger Clemens, Keith Moreland and Brandon Belt.

Texas lost another pitcher this past week in junior Kam Fields, who will transfer, although his destination is not yet known. So far this offseason, the Horns have said goodbye to three relief pitchers, as senior Donny Diaz will not return and sophomore Owen Meaney will transfer. Because he graduated from Texas in May, Fields will be eligible to play immediately at his next school, and will have two seasons left of eligibility.

Last season, Fields was used as both a reliever and as a pinch hitter and pinch runner. Fields had a rough start in 2020, pitching just five innings and allowing three earned runs. 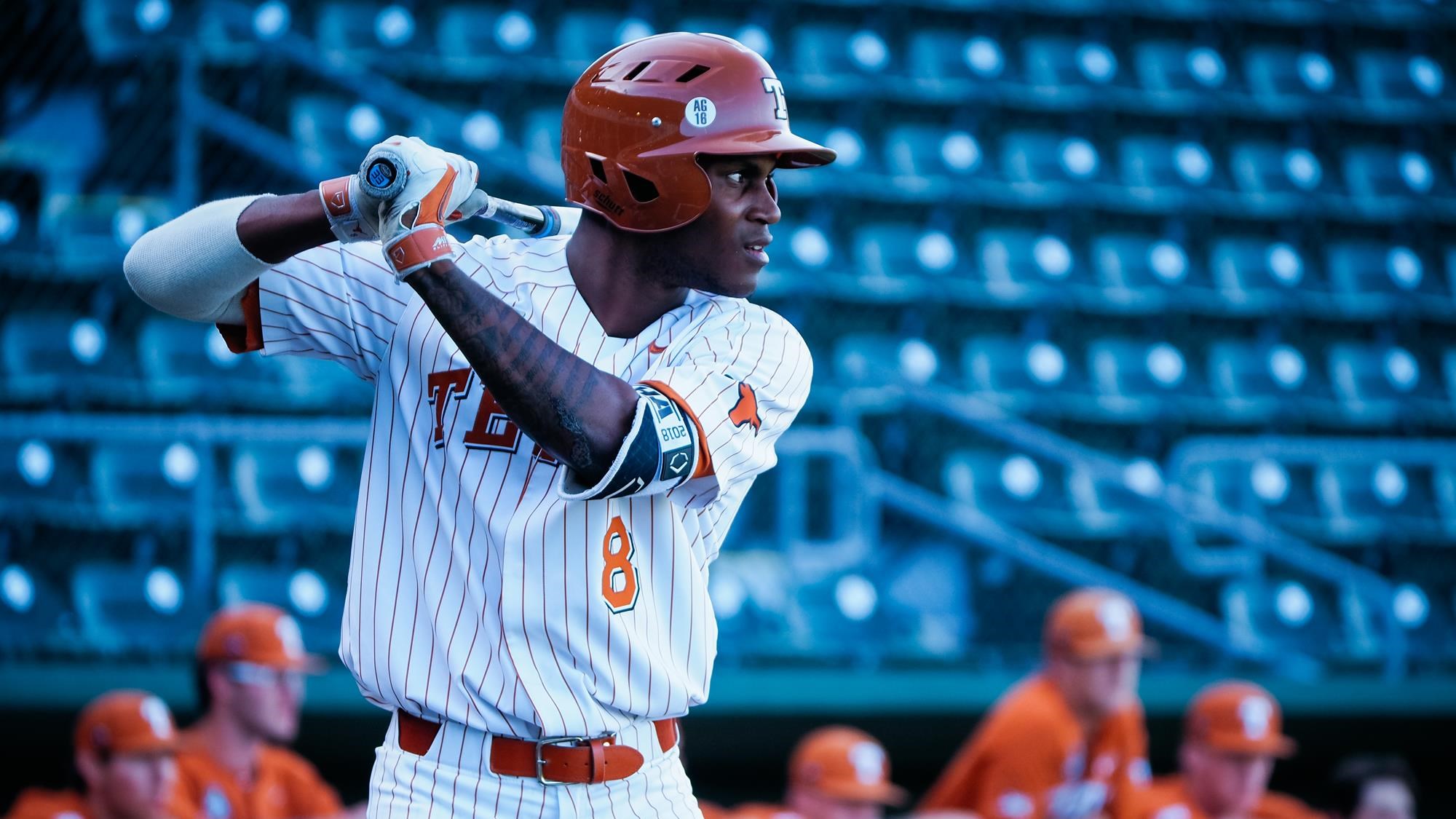 Pitcher/pinch hitter/pinch runner Kamron Fields has played his last game for the Longhorns, and will transfer after earning his degree in May (photo courtesy of texassports.com). 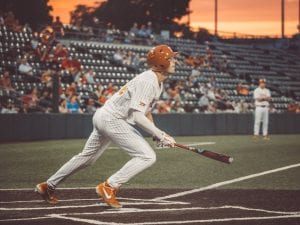 Austin Todd and Texas baseball blanked Incarnate Word 9-0 Tuesday and now face a critical three-game series against Oklahoma, all but needing a sweep to reach the Big 12 Tournament (Photo courtesy of Texas Sports).